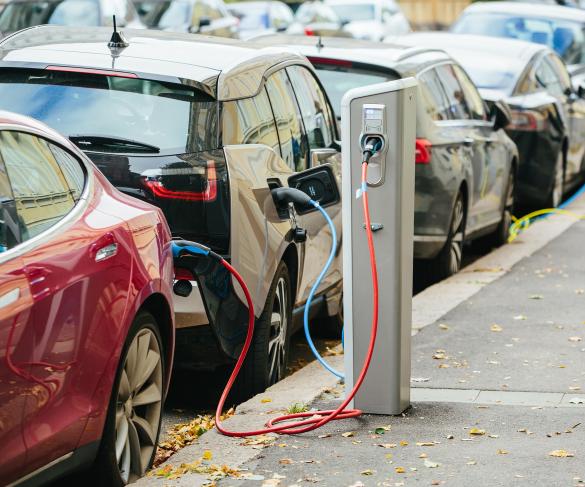 Whilst earlier models of the electric car struggled to get 100 miles from a full charge, this is no longer the case. They have come a long way since then, with various models now being able to reach over 200 miles on a single charge. The Tesla Model S and the Ford Mustang Mach-E have the highest range, reaching around 380 miles whilst the more affordable Volkswagen ID.3, due to come out in the Summer of 2020, is not far behind it on 340 miles. ‘Range anxiety’ will be a thing of the past!

With the rapidly increasing demand for electric cars, there has also been a rapid increase in the number of charging stations. As of August 2019, there were a total of 14,600 devices across the UK, and as of May 2020, there are now 18,200 devices which have 31,700 connectors. 175 devices have been installed within the last 30 days alone (as of 25th May 2020)*. These numbers will only increase as we get more electric cars on the road. There are also various options to purchase home chargers.

It takes too long to charge

This ultimately depends on the battery and the charger you are using. As well as the standard public chargers, there are also 3162 ‘rapid’ charging points across the UK with 7,767 connectors*. These chargers could typically provide up to 80% charge in under an hour. There are also various home charging devices, some of which can provide full charge in less than 2 hours (depending on the battery in the car).

A 3.7kW charger will charge a 36kWh battery like the one in the Volkswagen e-Golf in just under 10 hours, while a Volvo XC90 T8 hybrid (11.6kWh) will take just under 3 hours.

A 7kW charger will charge a bigger 64kWh battery like the one in the Hyundai Kona in just over 9 hours. A Kia Niro hybrid with an 8.9kWh battery, will take just under an hour and a half to charge.

They cost more to repair and maintain

Electric cars are fairly simple machines, with just a battery pack and an electric motor. This means there is less to go wrong with them. Most of the parts which usually need maintaining in cars, electric cars do not have, such as cam belts, oil changes, filters as well the complicated engine. So, whilst you may see that some parts can be expensive to replace, you will need to replace these a lot less frequently. According to some studies, electric cars cost around 23% less than the current cost of maintaining cars with internal combustion engines.

The range of electric cars has never been greater. Whilst there are the high-end manufacturers such as Tesla, there are also many affordably priced cars. The Smart EQ fortwo, its bigger brother, the forfour and the Skoda Citigoe iV all start from around £20,000. Considering the lower cost of maintenance, ‘fuel’ and the Government grant scheme, this makes the initial price tag very reasonable. Other manufacturers who also have affordable EVs are Volkswagen, Nissan, Renault, Mini, Seat etc, all coming in at £30,000 or under. Electric cars are the way of the future and soon to be ‘the norm’, with more affordable models coming out each year.

Find out more about our Electric Car Insurance

Aston Lark Limited is authorised and regulated by the Financial Conduct Authority, No. 307663, and registered in England and Wales, No. 02831010. Registered office: One Creechurch Place, London, United Kingdom, EC3A 5AF.

Aston Lark Employee Benefits Limited is authorised and regulated by the Financial Conduct Authority, No. 173304, and registered in England and Wales, No. 02792080. Registered office: One Creechurch Place, London, United Kingdom, EC3A 5AF.